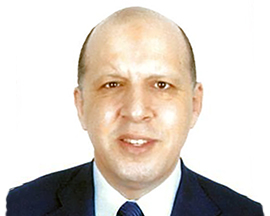 GENERAL MANAGER AND MEMBER OF THE BOARD OF DIRECTORS OF THE EGYPTIAN INTERNATIONAL PUBLISHING CO. - LONGMAN

With over 200 highly qualified employees, Longman is a pioneering educational publishing company in Egypt, North Africa and the Arab World. Along with the responsibility of managing e-learning, technology, publishing, production, financial and other departments, El-Sergany is ultimately responsible to ensure that millions of learners and teachers benefit from superb interactive content as well as printed text books. This is in addition to thousands of other scholastic publications which include commercial, industrial, hotel, and maritime school e-content and books.

El-Sergany has collaborated with the Ministry of Education and Technical Education in the implementation of the innovative assessment project with Pearson and York Press, deployed electronically to millions of students across Egypt. This project is at the cutting edge of technology and assessment. The project puts Egypt at the forefront of both technology in education and pedagogy in assessment.

In close collaboration with the Egyptian Ministry of Education and Technical Education, El-Sergany also oversees the planning and implementation of nationwide professional development of thousands of teachers every year.

Amr Mohamed El-Sergany graduated from the Faculty of Commerce, Cairo University in 1983. He began his professional career at Exxon Petroleum, where he worked his way up the professional ladder and reached the position of Assistant Financial Manager. Later, he moved to DHL, where he assumed the role of Regional Financial Director. In 1996, he was appointed Financial Director at the Egyptian International Publishing Company - Longman, where he was subsequently promoted to General Manager and member of the Board of Directors.